Loading....
Download PDF
Advertisements
★ ★ ★ ★ ★
4.50 / 5 (2 votes)
All text copies of Blonde PDF acquired through Reading Sanctuary require you to leave a review on the book’s Amazon page to help authors (which can be found below). This also applies to each Blonde Book Download Thank you! 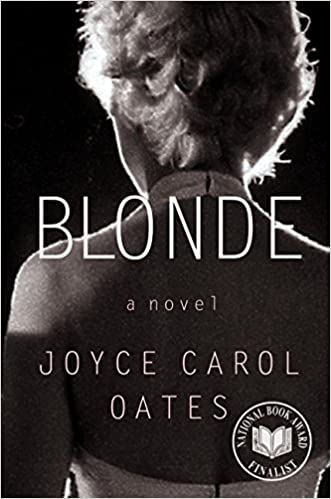 Blonde is an American biographical drama film gaining anticipation for its release in 2021 by Netflix. Blonde provides its audience with a fictional depiction of the life of the famous Marilyn Monroe. Andrew Dominik serves as the director and, Ana de Armas (Norma Jeane/Marilyn Monroe), Adrien Brody (Arthur Asher Miller/The Playwright), to mention a few, will be some of his gifted actors. The film is in the biographical category although, it is an adaptation of Blonde(2000), written by Joyce Carol Oates. Ms. Oates insists for those who read her novel that it is a work of fiction and not a biography. However, the number of details provided in the book will make readers question this fact.

Before the novel begins, it offers the reader a vivid prologue dated August 3rd, 1962, the day before Marilyn’s death. It poetically depicts a young bike messenger weaving his way through traffic to deliver a package addressed to Marilyn. The delivery package serves as a metaphor for death itself. The enchanting writing provided in the prologue acts as the perfect appetizer for Ms. Oates’s fictional depiction of Marilyn’s life.

As one would expect, the novel centers around the life of Norma Jeane. The name drew inspiration from film stars, Norma Talmadge and Jean Harlow.
Norma was born on June 1st, 1926, as the bastard child of her mother, Gladys Pearl. Gladys loves her daughter but quickly realizes that she is in no position to give her a good life. Gladys determines that it is best to make the sacrifice and leave her child in the care of her mother, Della Monroe. Although Gladys views Della as a better homemaker, Della herself struggles with vices. Della raised her granddaughter while battling alcoholism and drug addiction to the best of her ability until 1934 when she passes. Gladys is left mentally unsound after an accident at work and is also unable to care for Norma. Young Norma has to live in an orphanage until 1942, where she is taken in by her new foster parents Elsie and Warren Pirig, in L.A California.

Norma soon attends Van Nuys High School but quickly loses interest in her sophomore year. Later on, the Pirigs try to persuade sixteen-year-old Norma to marry Bucky Glazer, a local sports star, as a way of securing her future. Norma becomes involved with the older man, and when WWII begins, Bucky joins the U.S. army as Merchant Marine. Norma also joins the military force, not as a marine but serving on a Radio Plane Aircraft. Also known as The Radioplane Company, this section produced drone aircraft primarily for gunnery targets and monoplanes for combat. Norma leads an ordinary military life until 1944 when a photographer named Otto Öse takes pictures of her. This photoshoot beautifully foreshadows her life filled with exploitation as a model and aspiring actor.

When Norma turns twenty-one-years old, she obtains her first part in a film. During this time, Marilyn Monroe becomes the name she goes by. Marilyn soon begins a romance with Cass Chaplin, the son of actor-comedian Charles Chaplin. This romantic affair later blooms into a three-way relationship between Cass, Marilyn, and another performer named Eddy G. Many surprises come with the unusual relationship, including Marilyn, becoming pregnant. However, with two men as her partners, she is unsure of the father of the child. Ultimately, Marilyn chooses to prioritize her career by aborting the child and later leaving the trio.

Later in the novel, Marilyn begins the peak of her stardom with 1953 hits Gentlemen Prefer Blondes and How to Marry a Millionaire. Marilyn Monroe now has all eyes on her. The media and random love interests shower her with attention, including a short marriage with Joe DiMaggio. Mr.Dimaggio was a jealous husband, and this showed even after the divorce. Joe hired private security to observe Marilyn at all times. It was also around this time that the pressures of stardom began to take a toll on her life. The flawless portrayal of herself on the screen caused the expectation of perfection from her offscreen. This act was simply impossible to keep up, and Marilyn chooses to cope by popping pills. Her life continues to unravel to the point she expenses studios by missing filming shoots. Marilyn is underpaid and overworked. However, things improve after she attends an Actors Studio in New York City. There she meets the Playwright and her future husband, Arthur Miller.

“Beauty is a question of optics. All sight is illusion.”
― Joyce Carol Oates, Blonde

“All actors are whores.
They want only one thing: to seduce you.”
― Joyce Carol Oates, Blonde

“What is “technique” but the absence of passion?”
― Joyce Carol Oates, Blonde

“The fundamental truth of my life whether in fact it was truth or a burlesque of truth: when a man wants you, you’re safe.”
― Joyce Carol Oates, Blonde

Blonde by Joyce Carol Oates book download from below or purchase a copy from Amazon.

All soft copy books of Blonde acquired through Reading Sanctuary require you to leave a review on the book’s Amazon page to help authors. Thank you!

The Hitchhikers Guide to the Galaxy
Advertisements