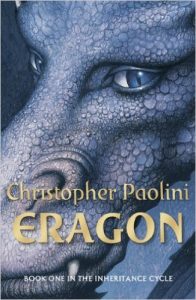 Eragon is the first novel in the Inheritance Series by Christopher Paolini. This is truly an amazing set of stories, as when the first written, the author was only 15! The story is about a young man who discovers a strange stone in the forest that turns out to be a dragon egg. He is then subjected to a whirlwind of arduous, exciting and sometimes heartbreaking events as he tries to escape the reaches of King Galbatorix, who is on a mission to kill all the dragons.

The novel begins with Eragon hunting in a forest in the land of Alagaësia. Upon hearing a loud explosion that scares away the deer he was tracking, he decides to investigate. At the site of the explosion, he spots a blue stone. He collects the stone, thinking that because he wasn’t able to get food for his family, he can sell this stone in exchange for food.

But no one in the town wants to buy the stone and he returns home with the stone. He lives with his Uncle, Garrow, and his cousin Roran. Late one night, the stone began to shake and make noises, then a dragon hatches. As he touches the dragon, he receives a burn on his hand, scaring him.

Unable to keep the dragon in his home, he takes it to the forest where it can hide safely and grow. As the dragon grew, he decided to name it Saphira. But one day, two strange men show up in town asking about the stone, so Eragon and Saphira flee from the village.

Upon returning to the village, Eragon finds that his village has been destroyed and his uncle, after succumbing to his wounds had died. Eragon swears revenge, but just on the outskirts of the village, he encounters a man named Brom. Brom informs Eragon that the creatures he is seeking are known as the Ra’Zac and work for the evil king, Galbatorix. Brom agrees to help Eragon track down the Ra’zac, so the three of them begin their journey.

While traveling, Brom starts to train Eragon in both magic and swordplay. Eragon learns that he has inherited the mantle of the Dragon Riders, an old line of heroes that have since died or been eliminated. He and Saphira are the first dragon and rider to have existed in a long time, and now Galbatorix either wants them to join him, or die.

As Eragon trains more and more, they also close in on the Ra’Zac who are in a town called Dras-Leona. Unfortunately in the city, they are chased out and in the process, Brom dies. Shortly after, Eragon is joined by a stranger named Murtagh, who agrees to help, as he has his secret agenda. After this, Eragon is captured by Urgals, evil creatures that work for Galbatorix. Murtagh helps Eragon escape, and in the process, they save an elf princess as well named Arya. During the daring rescue, Eragon is confronted by an evil magician, a Shade named Durza. Murtagh shoots the Shade in the face with an arrow, and he vanishes – allowing Eragon, Arya, and Murtagh to escape.

The novel is well written, with descriptions that will enable you to picture everything described clearly, without overwhelming you with excessive details. The main hook of the book is the story it tells, and how relatable Eragon regards his response to situations he encounters. The novel allows those empathetic with feelings of friendship, hidden love and loyalty to be able to engage with it easily, and makes for a great, personal read.

The download is available via purchase from Amazon for Eragon by Christopher Paolini. Epub and Audiobooks versions of this creation are available from Amazon.

All soft copy books of Eragon by Christopher Paolini Book PDF acquired through Reading Sanctuary require you to leave a review on the book’s Amazon page to help authors. Thank you! 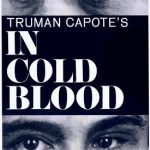