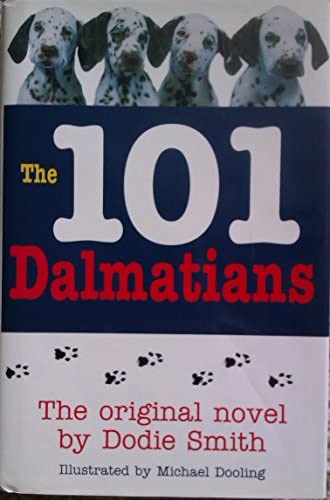 One Hundred and One Dalmatians Intro

On May 28th, 2021, Disney+ premiered Cruella, a 134 min long crime comedy film garnering popularity rapidly. Cruella is an adaptation of The Hundred and One Dalmatians(1956), a novel written by Dodie Smith. Craig Gillespie directs the film and brilliantly depicts an origin story for one of The Hundred and One Dalmation characters, the infamous Cruella de Vil. The film takes London during the punk rock era and follows the life of a young Estella Miller. At the beginning of the film Estella, helplessly observes as an army of dalmatians pushes her mother Catherine over a cliff to her demise. After the death of Catherine, Estella is now an orphan who becomes a thief to survive. The movie documents her journey from a thief to an aspiring fashion designer who works alongside the renowned Baroness von Hellman. Baroness von Hellman is also the one who ordered her dalmatians to attack Catherine. Emma Stone plays Estella, and Emma Thompson plays the role of The Baroness. It becomes a continuous battle of Emma versus Emma as the two duels each other for the most outstanding performance in the film. The film’s runtime exceeds two hours, so there are multiple slow scenes but, with a 7.4 rating on Imbd, it is honestly worth the watch on Disney+.

The Hundred and One Dalmatians is a family-oriented classic children’s novel that centers around, as one would expect, 101 dalmatians. Nevertheless, the story doesn’t begin with a large kennel of dogs running around, causing trouble. At the start of the story, the novel introduces the reader to only two, Pongo and Missis.

The Dearlys is a newly happily married couple who own the pair of dalmatians mentioned above. As with most wealthy couples, they are often too busy to look after the dogs themselves. To compensate, Dearlys hired Butler and Cook as Nannies to care for the dogs in their absence. Ironically, the dogs don’t see themselves as pets in the relationship. They believe humans are their pets, and they indulge their sense of control. Maybe this is how all dogs think, and we are unaware. Later, Missis becomes the mother of 15 puppies, and Mrs. Dearly makes a focused effort to help Missis care for her litter. Mrs. Dearly also seeks to enlist the help of a veterinarian to assist Missis in her time of need. Amid Mrs. Dearly’s search, she discovers a dalmatian in poor health, standing in the rain. Mrs. Dearly can’t stand to see the dog and in this position and calls a veterinarian to nurse the dog back to health. The rescued dog is later named Perdita. Perdita quickly grows close to Missis and Pongo, even sharing her past with them.

The novel later introduces the reader to Cruella de Vil. Cruella is a rich ruthless woman with an obsession for fur coats. Cruella lives up to her name in multiple ways. Firstly, in the treatment of her husband, who works as a furrier. Cruella reigns over her husband and demands that he keeps his fur collection in their home so she can have easy access to it. Secondly, in her sheer disregard for the lives of the animals lost in the making of her beloved fur coats. Later in the novel, Cruella sets her on obtaining a dalmatian and thinks that Missis would be the perfect material. The Dearly’s quickly reject Cruella’s offer to buy puppies sensing her intentions. However, Cruella remains determined. She hires professional thieves,

Jasper and Saul Baddun, to take the puppies off the hands of the Dearlys. When the Dearlys return home, they are bewildered by the missing puppies. They have no idea where to begin looking but, thankfully, through Twilight Barking, the dogs learn the puppies’ location. Think of Twilight Barking as the dog version of the app signal. The dogs discover that the puppies are in Hell Hall, the generational home of the de Vil family.

“Your pain and anger will pass, but the guilt would remain with you for always.”
― Dodie Smith, The 101 Dalmatians

“They believed that they owned their dogs, instead of realizing that their dogs owned them.”
― Dodie Smith, The 101 Dalmatians

“And suddenly all the puppies were her puppies; she was their mother—just as Pongo had felt he was their father.”
― Dodie Smith, The 101 Dalmatians

“We lose more women to marriage than war, famine, and disease.”
― Dodie Smith, The 101 Dalmatians

Get 101 Dalmatians: Cruella book download from below or purchase a copy from Amazon.

All soft copy books of 101 Dalmatians: Cruella acquired through Reading Sanctuary require you to leave a review on the book’s Amazon page to help authors. Thank you!

The Duke and I 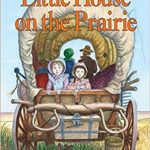