Download PDF
Advertisements
★ ★ ★ ★ ★
4.22 / 5 (32 votes)
All text copies of The Darkest Minds PDF acquired through Reading Sanctuary require you to leave a review on the book’s Amazon page to help authors (which can be found below). This also applies to each The Darkest Minds Book Download Thank you! 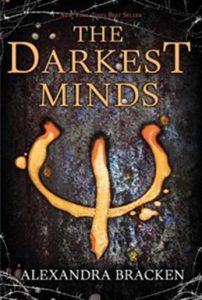 A deadly disease has swept across the landscape of America. But this plagues’ wrath has only affected the children of the country, causing many of them to die. The disease began its path of destruction as Ruby Daly’s birthday drew near. The children who didn’t succumb to the effects of the virus began to develop mysterious powers. The government recognizing this new threat by the plagues’ survivors has organized a special police force. Their mission? To capture the now empowered “Psi” children and bring them into custody.

Ruby remains in good health, while many of her friends fall victim to the effects of the plague.

Across the country, many Psi parents hand their children over to the special police force, without any form of resistance. Ruby begins to fall ill the night before her 10th birthday arrives. That night Ruby’s parents begin to argue after they recognize that she has fallen ill. Ruby, scared by the commotion caused by her parents, runs into her room and locks herself inside. Later that night Ruby unlocks herself from her room and ventures to go to her parent’s bedroom. There to her surprise, she discovers, that she can actually view into her mother’s mind. Ruby is confused, but also curious about what’s happening. Her curiosity causes her to view her mother’s mind a while longer before she manages to close the connection. She does the same with her father’s mind. Completely ignorant of what she has done, Ruby goes to bed.

The next morning, Ruby is surprised when her mother is preparing her customary birthday breakfast and she realizes that her parents don’t recognize her! Ruby is later locked into her garage by her parents. Ruby’s father is a policeman and tries to comfort her, while also asking her who her parents are. It was in that moment Ruby realized when she entered their mind, she erased her parents’ memories of her. Ruby has no idea how to undo what she has done to her parents’ minds. She then begins to try to persuade her father that they are in fact her parents but her efforts are in vain. Ruby’s father doesn’t believe her and decides to carry her to the police station. Before he can take her, the special branch of polices offers known as the Psi forces arrive and take Ruby away.

Ruby is taken away in a bus, along with other Psi children to Thurmond. A special holding facility for the Psi children. Psi children are ranked by color based upon the threat their powers pose. They are ranked from blue to red, where blue is the lowest level threat. Orange is the rank directly under red, which is also the rank Ruby’s powers has awarded her. Quickly analyzing the situation, Ruby plants the idea that she is to be rank blue, into the mind of the guard which access her.

Ruby manages to keep up her charade for the entirety of the 6 years she spends in Thurmond. While the other children of orange and red rank, have either been transferred to a facility of higher security or have been executed. Thurmond is suddenly attacked by a radical group, the League of Children. Ruby is freed from Thurmond, by a group of 3; Suzume, Chubs, and Liam. Ruby is skeptical of the trio but escapes and befriends them nonetheless. Liam is the leader of the group. He and Ruby quickly form a connection. Despite her initial reservations about the trio, Ruby decides to accompany the League of Children and the trio to the Leagues HQ. The League of Children is headed by an orange rank Psi child known as Clancy, who is also the son of the U.S president. Although they have approached Clancy in hopes that he could help them, Clancy reveals his selfish intentions and he betrayed them. Clancy gave their location to the Psi soldiers who storm the HQ. Ruby and the others barely manage to escape.

Ruby reaches out to the father of one her former friends from Thurmond, who was executed in an escape attempt. The father is enraged when he sees them and shoots Chubs on site. Ruby accesses the situation and realizes that Chubs will not survive without help from the League’s traitorous leader. She contacts the leader and negotiates a deal in order to save Chubs.

There’s upcoming movie adaptation of the book to be released with stars such as; Amandla Stenberg (Ruby), Harris Dickinson (Liam) and Patrick Gibson (Clancy) – full cast list above.

“That was not like riding a bike, you asshole!”
― Alexandra Bracken, The Darkest Minds

“That was the Liam Stewart way of saying, Hi, darlin’, missed you something fierce.”
― Alexandra Bracken, The Darkest Minds

“I’m a monster, you know. I’m one of the dangerous ones.
No, you aren’t, he promised. Your one of us.”
― Alexandra Bracken, The Darkest Minds

“They were never scared of the kids who might die, or the empty spaces they would leave behind. They were afraid of us-the ones who lived.”
― Alexandra Bracken, The Darkest Minds

Download The Darkest Minds from below or purchase a copy from Amazon.

All soft copy books of The Darkest Minds Book PDF acquired through Reading Sanctuary require you to leave a review on the book’s Amazon page to help authors. Thank you!

The Chronicles of Narnia: The Silver Chair