Loading....
Download PDF
Advertisements
★ ★ ★ ★ ★
4.67 / 5 (3 votes)
All text copies of The Last Apprentice by Joseph Delaney PDF acquired through Reading Sanctuary require you to leave a review on the book’s Amazon page to help authors (which can be found below). This also applies to each The Last Apprentice by Joseph Delaney Book Download Thank you! 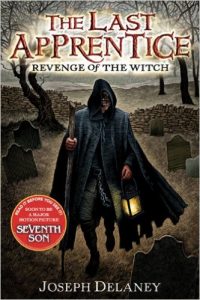 The novel The Last Apprentice [PDF] Revenge of The Witch by Joseph Delaney is a book sometimes also referred to as The Spook’s Apprentice so that I may use the two titles interchangeably. The novel begins with Tom, a young man who is the seventh son in a family that lives in the County on a farm. For this reason, prospects for this young man are slim to none because as the tradition goes, the oldest son in the family receives the farm. This leaves next to nothing for the other six, however, the seventh son is fabled to be gifted with a unique ability to see supernatural creatures. As a result of this ability, a man named John Gregory arrives one day to take young Tom as an apprentice – the spooks apprentice. This novel was also adapted into a film called The Seventh Son, directed by Sergei Bodrov and does a fairly good job of following the storyline – preserving both names and important details.

A spook is a hunter that travels around vanquishing all sorts of supernatural beings such as ghosts, ghasts, boggarts and witches. The ghost reveals to Tom that his previous apprentice died due to a lack of following the rules, so he warns Tom to follow all his instructions verbatim. The first task appointed to Tom is to fetch food for the house and is sent off with a warning not to speak with anyone wearing pointed shoes.

During the visit to the town, Tom is accosted by a group of youths who demand food. They begin to beat him before a girl named Alice scares them off. Alice does this act of good in exchange for a favor that she can redeem whenever.

Shortly after this, the spook leaves on an errand because he has been called upon to vanquish a supernatural being. During this time, Alice calls upon Tom to redeem the favor owed. She requests that he delivers three cakes to a witch, Mother Malkin, that is trapped in the garden of the spook every night at midnight. Tom ends up giving Mother Malkin two of the three cakes before realizing the potential damage he is doing and ends up killing the witch instead. However, the spook informs him that this was likely an even bigger mistake, as now she can possess another person body.

As the novel progresses, we find out that Alice may be more involved with the witches than she lets on. We also see John Gregory’s lack of trust towards Tom’s judgment of others, and we also see Tom’s development of feelings for Alice. As Tom continues to be the spook’s apprentice, he matures not only as an adolescent but as a man as well. The novel is the first in a series of nine and at times can be quite dark. It is a relatively quick read, and is quite fast paced which will leave you not wanting to put it down! One of the best parts is the foreshadowing that is alluded to for the future novels to come in the series, which will have you craving to read the next books in the series as well.

Below is the download link to The Last Apprentice [PDF], Kindle version from Amazon. Click the link below to buy a copy!

All soft copy books of The Last Apprentice by Joseph Delaney Book PDF acquired through Reading Sanctuary require you to leave a review on the book’s Amazon page to help authors. Thank you!

The Last Apprentice: Revenge of the Witch (Book 1)