Download PDF
Advertisements
★ ★ ★ ★ ★
4.71 / 5 (14 votes)
All text copies of The Secret Garden PDF acquired through Reading Sanctuary require you to leave a review on the book’s Amazon page to help authors (which can be found below). This also applies to each The Secret Garden Book Download Thank you! 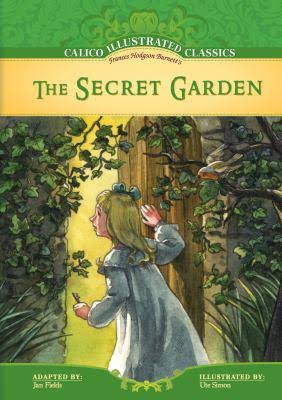 The Secret Garden is a children’s story that portrays a journey of both healing and transformation, caused by a child’s bond with nature.

Mary often heard unusual sounds late at night, and these sounds perplexed her. Mary later discovers that the source of the peculiar sounds was from Archibald’s 10-year-old son Colin. Colin suffered from a spinal cord condition that left him crippled. He was cared for by servants, in a secluded bedroom in the manor. Mary and Colin grow closer, and she later confides to him that she can enter the secret garden. Colin is curious about the garden and he is then brought by wheelchair into the secret garden. This was his first trip beyond the prison walls of his bedroom. Colin soon learns that he is capable of walking.

Mary also comes to befriend a robin redbreast, that one day leads her to the buried key. She soon finds the door which leads to the Secret Garden, and with the turn of the rusted key, the garden is insight. Within the walled garden were rose bushes, coated in snow. Mary begins to follow in the footsteps of Mrs. Craven and takes up the responsibility of tending to the garden. Mary soon meets Dickon, Martha’s 12-year-old brother who has a way with animals. Dickson comes to aide Mary in the garden and Mary grows further away from her past self.

In size, Misselwaithe manor was similar to that of a castle, with an often absent king in Archibald. Mary, however, was far from a regal princess, her obnoxious behavior remained. She openly resented everything about her new home, including the people who lived with her. However, Martha Sowerby soon became the first exception to Mary’s disdain. Martha was a very kind maid who reminded Mary of the servants who looked after her in India. Martha grows closer to Mary and eventually, speaks to her about the late Mrs.Craven. Mrs.Craven spent hours daily tending to her private walled garden, growing roses. Unfortunately, Mrs. Craven passed after an accident in the garden, and this news crushed Mr. Craven. He then felt compelled to lock away the garden and buried the key, so that no one else may enter it. Mary becomes fascinated with the thought of the secret garden she becomes inspired to find it. Mary’s relationship with Martha begins to spark a change in her demeanor. Mary begins to grow kinder and more pleasant to be around. Mary formed a bond not only with Martha but also with the gardener Ben Weatherstaff as she searches for the fabled garden.

There is an outbreak of cholera which claims the lives of the servants along with Mary’s parents. These unfortunate events force Mary to be sent to Yorkshire to live her widower uncle, Archibald Craven. Archibald resides in a large estate known as Misselwaite manor. This transition to the dreary conditions of Yorkshire was a stark change for Mary. Mary grew up in the hot climate of India, the cold shoulders of her parents were the only comparable element to the continuous somber state of the manor.

The story follows Mary Lennox, an emotionally scarred young girl who lives in India. Mary was born to moneyed, loveless British parents who neglected her. The family’s servants were left to look after Mary in her parents’ stead. However, the servants allow Mary to grow into a spoilt and obnoxious brat.

“If you look the right way, you can see that the whole world is a garden.”
― Frances Hodgson Burnett, The Secret Garden

“Where you tend a rose my lad, a thistle cannot grow.”
― Francis Hodgson Burnett, The Secret Garden

“Two worst things as can happen to a child is never to have his own way – or always to have it.”
― Frances Hodgson Burnett, The Secret Garden

Download The Secret Garden from below or purchase a copy from Amazon.

All soft copy books of The Secret Garden acquired through Reading Sanctuary require you to leave a review on the book’s Amazon page to help authors. Thank you! 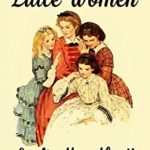