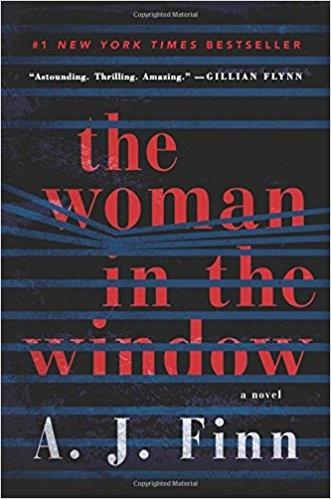 The film The Woman in the Window, starring Amy Adams, is expected for release in 2021. The film is an adaptation of the unexpected hit thriller novel The Woman in the Window by A. J. Finn. The film’s release experienced multiple delays due to many issues, such as companies taking on and passing off the film. Despite these difficulties, with a talented lead actor and a visceral novel as source material, the future audience can expect a brilliant performance.
Quick side note. The main character in the story also suffers from agoraphobia.

Plot – What Is Agoraphobia

“If you often experience a fear of leaving your home or a fear of going outside in general, then you may have agoraphobia. Agoraphobia is the extreme fear of leaving home. The person who has agoraphobia avoids places or situations that could cause them to panic, feel trapped and helpless, or be embarrassed for any reason.”

If you or anyone you know suffer from this disorder. Please consider websites such as “https://www.betterhelp.com/advice/phobias/coping-with-the-fear-of-leaving-the-house-agoraphobia/” or seek to join or get in contact with a help group which the character does in the novel as a means for help.

Anna Fox is a survivor of a tragic car accident. Although it is a miracle that she survived. Unfortunately, the car accident has left scars not only on her body but also on her mind. The accident traumatized Anna, causing her to develop agoraphobia. Her condition has made her a prisoner in her large New York City home. Anna now leads a solitary lifestyle but, she once lived as apart of a traditional nuclear family. Anna and her husband Ed are separated and, Ed also has custody of their nine-year-old daughter Olivia. Anna does miss them at times, but thankfully they are only one phone call away.

So with all of that said, how does Anna survive leading a solitary life? Anna loves drinking wine, maybe to the extent of being an alcoholic. She is also apart of an Agora online forum, where she speaks with others who have agoraphobia. Anna also meets with her psychiatrist and physical therapist while making time to spy on her neighbors. The Russells have recently moved across the street from Annas home, adding to her list of spying options. Over time, Anna gets to know the Russells. Alistair Russell is an autocratic father. Jane, Alistair’s wife, is a friendly woman who shares many interests with Anna. Their son Ethan is a private but pleasant teenager. The Russells seem like a typical American family, at least until Anna saw more than she expected.

One evening, during one of Anna’s spying sessions. She witnesses someone stabbing Jane and calls the police. When the police arrive and investigate the Russells’ home, the Russell family denies all allegations. Jane presents herself to the police uninjured. The story Anna told the police now appears to be a lie. Anna tries to assert that the woman claiming to be Jane is not the same woman she met before. However, the police are uninterested.

Later in the novel, Anna receives an anonymous email attached with a picture of her sleeping in her home. Alarmed, Anna calls the police to report an intruder. However, when Anna gets into contact with a detective, she hears alarming news that jolt her to reality. The detective informs Anna that her husband and daughter died in the same car accident which, caused her agoraphobia. She has imagined her conversations with them this entire time. The detective knows that the medication Anna takes can induce hallucinations. The detective proposes that Anna took the picture and then emailed it to herself. Anna is questioning her reality. What is real? What is a hallucination? Anna then wonders if the murder may have been a hallucination as well.

Later in the novel, Anna shows a picture of the Jane she first met to Ethan. Ethan crumbles under pressure and reveals the truth to Anna. Ethan explains that Jane and Alistair are his adoptive parents. The woman Anna witnessed the murder of was Katie, Ethan’s biological mother. Katie wanted to see her son again and traced Ethan’s new family to make that happen. However, Katie’s constant unwanted appearances led to a confrontation with Jane. Afterward, Alistair and Jane hid the body and lied to the police.

Anna is distressed at the news and pleads with Ethan to talk to the police. He comforts her by saying he will convince his parents themselves into the police. That night, Anna is shocked when she notices Ethan in her room. Ethan confesses that he has psychopathic tendencies. Ethan also admits to sneaking into her home at night to watch her sleep. He also informs her that he was the one who killed Katie because she mistreated him as a child. Face-to-face psychopathic killer, what will Katie do?
Or is this another hallucination?

“Shaw also said, alcohol is the anesthesia by which we endure the operation of life.”
― A.J. Finn, The Woman in the Window

“Kind of guy who steps out of the shower to piss,”
― A.J. Finn, The Woman in the Window

“The definition of insanity, Fox, Wesley used to remind me, paraphrasing Einstein, is doing the same thing again and again and expecting different result.”
― A.J. Finn, The Woman in the Window

Get The Woman in the Window book download from below or purchase a copy from Amazon.

All soft copy books of The Woman in the Window acquired through Reading Sanctuary require you to leave a review on the book’s Amazon page to help authors. Thank you!

Buy or Download The Woman in the Window Book

The Woman in the Window.pdf

The Woman in the Window by A.J. Finn