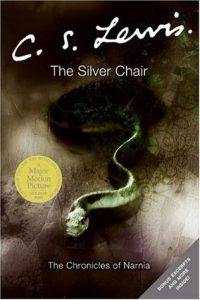 When faced with various challenges at school, it’s common for people to wish to be saved. Whatever struggle you are experiencing at the moment, it is so easy to envision a hero galloping in to rescue you. For us, this is often a mere fantasy but for the characters within the story of the silver chair, it became the start of an awesome magical adventure.

The Chronicles of Narnia: The Silver Chair Book PDF Plot

The sixth book, in the series in the Chronicles of Narnia, begins with young Jill Pole, who has recently transferred to her new boarding school. Unfortunately, her days haven’t gone as smoothly as she would have liked, Jill has gained the attention of some of the school bullies. Eustace Scrubb is also another target for the bullies’ harassment. Once being a friend of the bullies and also a former bully himself, Eustace has started a new chapter in his life. This transition from tormentor to a gentler soul also earned his old friends attention.

On this occasion, Jill and Eustace are running to escape from the young delinquents, when Aslan, a magical lion comes to their aide. Aslan rules over the land of Narnia and opens a portal for the young children to escape through. The two arrive in Narnia on a massive cliff. Afterward, Aslan informs Jill and Eustace, that he needs their help to save Narnia. Prince Rilian is lost and Aslan is hopeful that they can help him locate the Prince. Aslan continues by teaching Jill 4 signs she needs to memorize, in order to receive his guidance on the journey.

Jill and Eustace are unable to meet with King Caspian, as he is sailing away when they do find him. Due to this they miss out on the first sign and continue their journey to find Prince Rilian, this time under the guidance of Puddleglum the marsh-wiggle. The second sign is to travel until they discover the ancient giants. Along the way, the group meets with a lady who suggests that they travel to Harfang a castle, where the gentle giants live. Puddleglum is opposed to the idea but the children are excited and they travel to Harfang, despite Puddleglum’s opposition.

When they arrive at Harfang they realize that the lady had, in fact, misinformed them. The Giants have intentions of eating their newest visitors. After this realization, the group notices the reflection of a ruined city in one of the castle windows. From this reflection, they realized that they also missed the third sign as well. The third sign was to avoid being eaten by giants at their Autumn Feast. Luckily, the trio manages to find a way to escape the castle and to reach the nearby ruined city, without becoming a part of the giant’s feast.

On their way to the ruined city, the group makes a false step and soon darkness which surrounds them. This step leads them to fall into the underworld where they are captured by the underworld queen’s henchmen. The queen’s henchmen bring the trio to her castle but discover she is not home. However, the trio encounters a nobleman, he informs them that he was the black knight with the lady, whom they took guidance from earlier. The nobleman explains that the lady is, in fact, this castles queen and also his savior. He falls under a wicked spell which causes him to fall in a fit of madness, which lasts at full length an hour. While in this state he goes on to explain he is bound to a silver chair until the spell’s effect wears off.

Jill, Eustace and Puddleglum witness the nobleman in his fit of madness first hand. While in this state, he begs them to release him. Afraid, the trio is reluctant to, until he orders them to release him in the name of Aslan. Recognizing that’s this must be the fourth sign, they release the bound nobleman and discover him to be the lost Prince Rilian. The Queen’s return also draws near, they must overcome the underworld queen’s power if they hope to leave with Rillain. Can they overcome the power of her dark magic, or shall they be captured as the earthmen who serve as her henchmen had been?

“Crying is all right in its way while it lasts. But you have to stop sooner or later, and then you still have to decide what to do.”
― C.S. Lewis, The Silver Chair

“Aslan’s instructions always work; there are no exceptions.”
― C.S. Lewis, The Silver Chair

“Though under earth, and throneless now I be
Yet while I lived all earth was under me.”
― C.S. Lewis, The Silver Chair

Leave us a comment or like if you enjoyed this brief summary.
Download The Chronicles of Narnia The Silver Chair [PDF] from below or purchase a copy from Amazon.

All soft copy books of The Chronicles of Narnia: The Silver Chair Book PDF acquired through Reading Sanctuary require you to leave a review on the book’s Amazon page to help authors. Thank you!

Buy or Download PDF of The Chronicles of Narnia: The Silver Chair Novel

The Chronicles of Narnia: The Silver Chair Book PDF.pdf 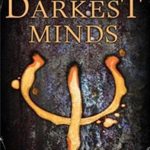