The year is 1866. The world has begun to open up and let mankind in on its secrets. People come up with new inventions and ideas every day, and all sorts of mysteries begin to unravel themselves. The world is no longer huge, for with the Industrial Revolution came means of transport capable of crossing oceans on the regular.

Everything is good, except for the odd accident, until the oddest of all accidents happen. Sailors begin speaking of a gigantic luminous creature even though sightings are few and far between the distances dividing these instances is incredible.

This creature captures the minds and fascination of the world, and everyone is in awe of this Leviathan roaming the seas. This awe soon turns to fear, as the creature has some accidents with passing ships.

The seas are no longer safe, for a massive creature, equipped with both speed and strength is found to be roaming. Sailors dread the thought of an encounter with the creature, and people are terrified by the exaggerated accounts given by those who have seen it.

The US government commissions Abraham Lincoln, a state-of-the-art frigate, equipped with the best weapons and a sturdy crew, to hunt the creature.
A French Marine Biologist, Pierre Arronax, and his servant, Conseil are also part of this crew. Arronax, the protagonist, is enthralled by the idea of a ground-breaking discovery, as his hypothesis leads him to believe the creature is a giant narwhal.

Set on a blind hunt across all the oceans, for a creature bound only to its own whims, the Abraham Lincoln, wanders the seas aimlessly. While onboard, Arronax takes to the company of a skeptical Ned Land, a Canadian master harpooner.

There is a fateful encounter with the creature. In a completely one-sided battle, the creature toys with the frigate, with a collision causing all three of the protagonists to fall off-board.

Struggling for their lives in the dark sea, they eventually find footing on the creature and find it not to be organic, but rather mechanical in nature.
The submarine, Nautilus, commanded by the mysterious Captain Nemo, takes the party as prisoners. Nemo, to protect the secret of his submarine, forces the party to join his crew in exchange for their lives.

It is with Nemo, that the fates of the three are tied. Arronax is captured by the aura of Nemo and devotes all his time to uncover his underlying motives. Meanwhile, Ned Land is not too thrilled with the idea of being forever bound to the submarine and is continuously looking for means to escape.

The three embark on adventures spanning across all oceans, for a total distance of twenty thousand leagues. Arronax is captivated by the sea, and the freedom given to them by Nemo to explore it.

During their journey, however, incidents occur which reveal some of Nemo’s motives, and Arronax is forced to rethink his associations.
The three eventually find salvation when the Nautilus gets caught in a raging whirlpool in the Atlantic

Verne explored the ever mystifying seas in Twenty Thousand Leagues, and gave the common man a glimpse into the abyss, and all that thrives in it. For the Nineteenth Century, this was an unparalleled world, and only after the advent of television, do we have something better to show.

Verne’s inspiration is from his own personal love of the sea, and with his passion to devour all kinds of newfound knowledge, he breathed life in a world no man had seen to such an extent.
Verne has the tendency of grounding all his work in facts, and provides factual evidence to support all his claims. This tendency is so rampant, that one may even hold it against him, as reading through the classifications down to the species of all sorts of fish, gets boring after a while.

The book is rooted in colonial ideas, and Verne’s opinions shine through Arronax. Twenty Thousand Leagues, at the time it was written, was revolutionary and will remain to be a classic for times to come.

All soft copy books of Twenty Thousand Leagues under the Sea PDF acquired through Reading Sanctuary require you to leave a review on the book’s Amazon page to help authors. Thank you!

Buy or Download Twenty Thousand Leagues under the Sea Book

Twenty Thousand Leagues under the Sea.pdf

Twenty Thousand Leagues under the Sea by Jules Verne 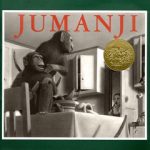 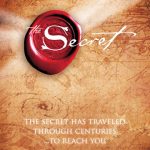